Go to the main content of the page
People 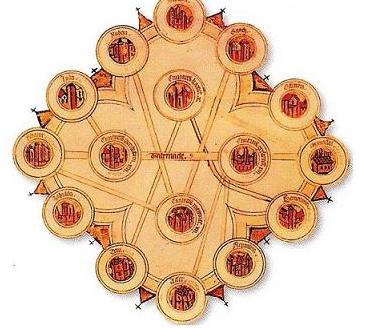 An interdisciplinary research group in the Middle Ages, comprising medievalists, art, language, literature and music historians, archaeologists, documentalists, etc., from various universities, articulated and coordinated from the University of Lleida. It came into being in 2000 and has the highest qualification of Consolidated Research Group and is financed by the Catalan government, being the highest rated in medieval history, in 2005, 2009, 2014 and the last renovation in 2017.

Space, power and culture have been adopted as transversal axes that cross the Middle Ages to carry out detailed study of medieval society and allow in-depth study and analysis, enriched by the interdisciplinary nature of the researchers, also permitting the material to be tackled through the combination of the different contributions (history, art, philology, music and thought) and also the different hermeneutic paths, with special attention to documentation, archaeology, textual analysis and the study of artistic objects.