Go to the main content of the page
Activities 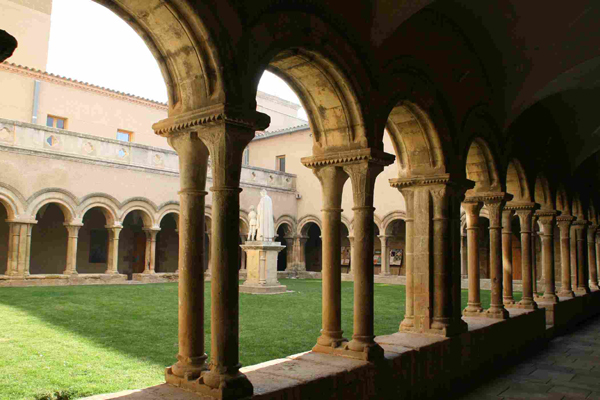 The ‘Jornades d’Història de l’Església i la religiositat’ are an annual international, multidisciplinary conference on the history of the medieval Church and religiosity, held at the former Premonstratensian monastery of Santa Maria de Bellpuig de les Avellanes (Os de Balaguer).

Since their inauguration in 2010 the ‘Jornades’ have treated different aspects of medieval church history, of monasticism, and of religious faiths. The approach is comparative and interdisciplinary, drawing on the expertise of scholars from across the world working on medieval history, art and architectural history, archaeology, spirituality and theology, and medieval literature and music.

The ‘Jornades’ are aimed at scholars and students of medieval history and / or religion, as well as at anybody with an interest in the past and the history of the church.

The conference location could hardly be more adequate: the beautiful Monestir de les Avellanes, a former abbey of Premonstratensian canons going back to the twelfth century, provides an appropriate setting for academic debate on issues of medieval religious history. The former abbey, now home to a community of Maristes, whose hospitality is second to none, preserves elements of the medieval  buildings, most notably the former conventual church.

Complementing the academic part of the conference are a series of activities that are in each case related to the theme of the conference, and that have included guided thematic visits to the Monastery of les Avellanes,  excursions to Balaguer and Os de Balaguer, performances of medieval music, song, and dance in the cloister, and the popular annual Medieval Banquet.